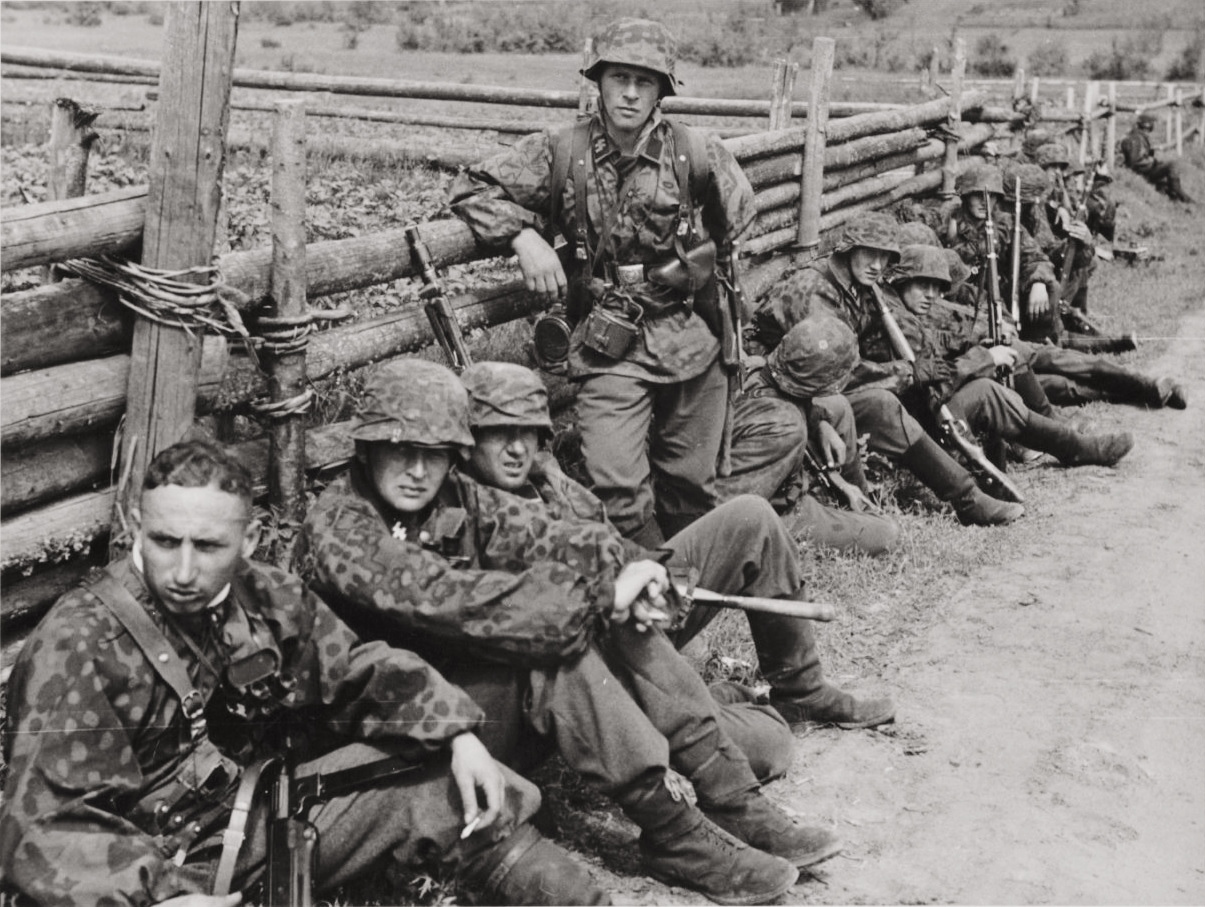 SS soldiers resting at a fence in the Soviet countryside. The soldier in the foreground on the left is armed with MP-38.
Posted by WWII Files at 7:30 AM No comments:


This was part of Operation Manna (mid October 1944 to mid January 1945), from October 12/13 when one company of 4th Para Bn was dropped onto the Megara Airfield at the operation's onset.
British units (5th and 6th Para Bn, and parts of the 2nd and 4th Para Regiments) were tasked with multi-faceted missions in Greece, "harrassing the anticipated German withdrawal from the Balkans", street fighting while keeping political order as Civil War developed in Athens, while providing basic food and supplies to the tens of thousands of civilians living among the chaos.
"5th Para Bn suffered over 100 casualties and 6th Para Bn lost all it's company commanders in fighting widely misunderstood by press and public opinion back home. The task was successfully completed by January 1945. The irony of the deployment was encapsulated by the final day's fighting in Athens when the Brigade had killed 170 rebels, wounded 70 and captured 520 while concurrently feeding 20,000 civilians each day."
(Quotes from ParaData.Org.UK)
Posted by WWII Files at 8:00 AM 8 comments: