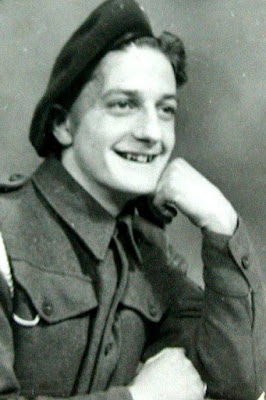 Today we honor Private Donald Reginald Schwartz, 7th Light Infantry Para Battalion. Early 6 June 1944, the 7th LI Para Btn was so horribly misdropped in Normandy that 60% of the battalion were missing, with a few stragglers finding their way to their unit by the end of the day. Private D.R. Schwartz was one of these men whose body was never found. He was 20. It's one thing to lose a family member in combat, it's another to never have a grave to visit. Thank you for sharing your warrior with us J. Davey family. 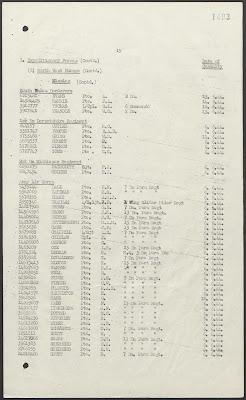 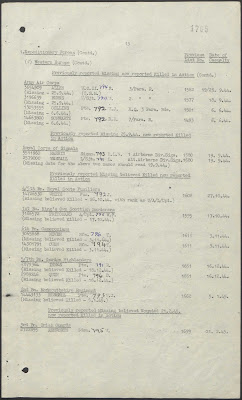 Posted by WWII Files at 8:51 AM No comments:

The Forgotten Army Dogtag Project has led to some incredible stories and places. Sometimes they're the worst sort of places; the stories of the young warriors who didn't come home. 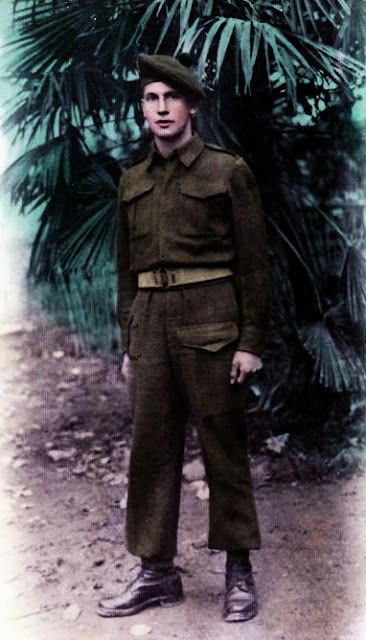 Today we honor the Uncle of a member who wrote in to see if we had her relative's dogtags. Unfortunately we don't at this time, but I was able to learn about her Uncle; Private Patrick Edwin GARRAWAY, killed just a few days before War's end on 28 April, 1945, age 22.
He served
with the Irish Regiment of Canada, R.C.I.C. He was killed during the fighting to reduce the Delfzijl Pocket in Holland. War ended May 8, but 21 young heroes of the Irish Regiment of Canada died during this particular action 10 days before the War's end. Private Patrick Edwin Garraway is buried in Holten Canadian War Cemetery in Holland. We remember and honor you.
Thank you for sharing him with us Ms. T. Langley. 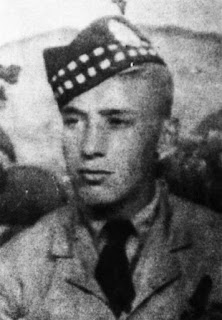 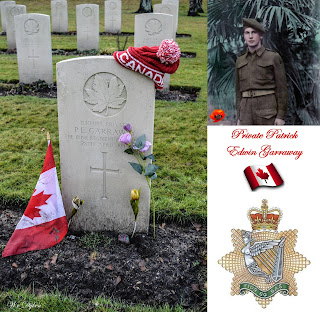 I've been working as the lead researcher in an extensive project called The Forgotten Army Dogtag Project. My colleague, Dan Mackay, has dug over 31,000 military dogtags, and has done a brilliant job cleaning, cataloging researching, and archiving them. We are an unlikely duo, friends from "across the pond" who are obsessed with the men these tags represent and the hunt to discover their stories, faces, and the boys they knew who didn't come home. 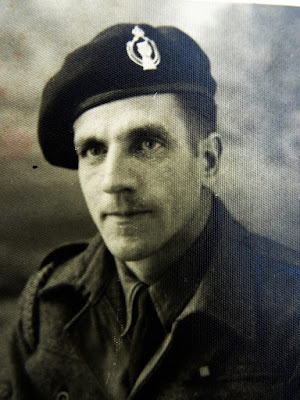 We love research and connecting it with the families of today, filling in the gaps of the stories that were never told. I spent time in King's College London in May 2017 finding the origins of the tags. They were made per General Lethbridge's recommendation after his time in Papua New Guinea studying Commonwealth Troop's army kit. He determined that the WW2 fibre dogtags/identity discs were not sufficient and should be updated to a metal tag prior to the invasion of mainland Japan (Operation Downfall). Preparations were well underway, and the new tags were manufactured per Gen Lethbridge's recommendation.

As we all know, the invasion of mainland Japan never happened, and the tags sat at archived at a base outside London until the base finally closed, and everything trashed in a small landfill. Our tags are the surviving soldiers of the UK Armies of WW2, who served at some point in time in an Armoured unit. Post WW2, the new tag template was set and boys in National service and through the Korean War were issued these tags; to turn them back in during demobilization. I've been finding families now for 2 years and returning dogtags. 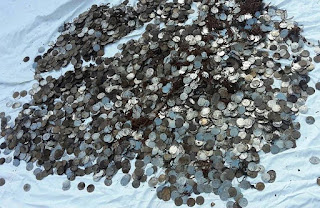 It's an incredible project, but we'd love to get more home! We've uncovered stories of the soldiers behind these tags of epic proportions... some were captured at Dunkirk, and spent 5 years in POW camps; some transferred to the Paras and fought at Arnhem, some boys fought Rommel at El Alamein, many boys hit Sword and Gold Beaches on DDay and fought through to Germany; more than I can count were wounded, captured, earned Military Medals, and Mentioned in Despatches. We have almost every regiment in the Army represented, and every front the UK forces fought represented. Many times the families I speak with tell the stories of how their father was the only one left after certain tank battle engagements.

These tags represent much more than the soldiers which bear their names; but also the boys who didn't make it home. We are looking for press help, people to share about the project, and people to reach out to see if we have their fathers/grandfather's tags. We're several years into the project, and I won't stop searching for families, but it would be even easier if people reached out to us! 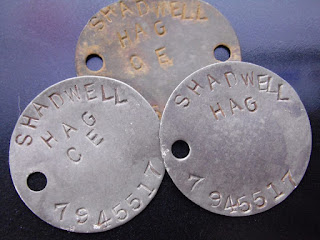 Please message me directly if you're willing to assist with press coverage, wwiifiles@gmail.com.  The more people who know about our project the easier it will be to return tags! We filmed a very short video article with BBC One's show INSIDE OUT that aired in October 2017. The project has progressed greatly since then. I'm also interested in hearing from corporate sponsors. Email me for contact information. I'm attaching 3 photos; one a pile of just SOME of the tags, another a photo of a young recruit a family sent us after receiving his tag, and a full set of three found (and returned!) to the family.
Posted by WWII Files at 1:18 PM No comments: