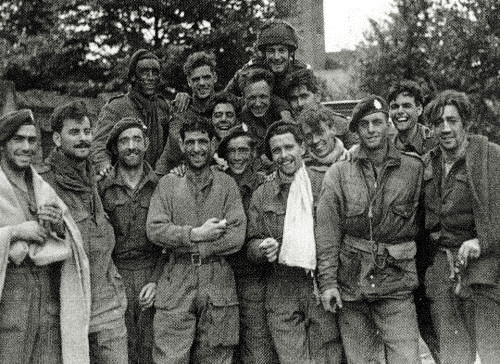 Members of the 1st Airborne Division, mostly 1st Border, safe in the grounds of the Missionary College in Nijmegen, on Tuesday 26th September, after being successfully evacuated across the Rhine.