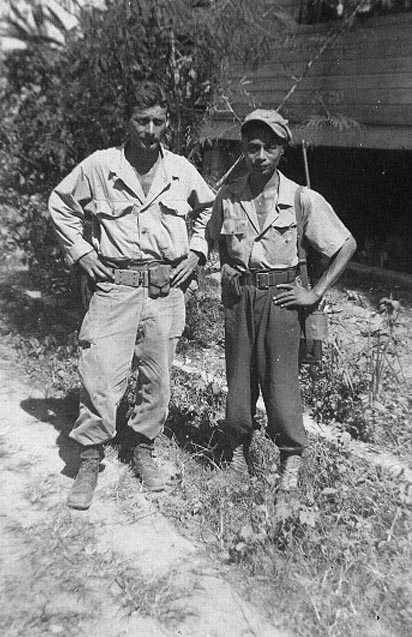 Lt. Jack Butler of the 82nd Chemical Mortar Battalion with Filipino guerrilla Ricardo Gimotea sometime after Shimbu Line was broken around June 20, 1945. Ric and his cousin Jose had been fighting the Japanese for three years when they joined 2nd plt of the 82nd CMB. They were expert linesmen through difficult terrain, and described as "courageous and willing" warriors.