While doing research on another file, I stumbled upon two Scottish brothers, KIA in WWII.  Donald and John McKay were born in Glasgow, Scotland in 1914 and 1917 respectively, (although Army records show John's year of birth as 1921).  There were 8 siblings in all, and tragedy struck the family early when an infant brother died of measles. 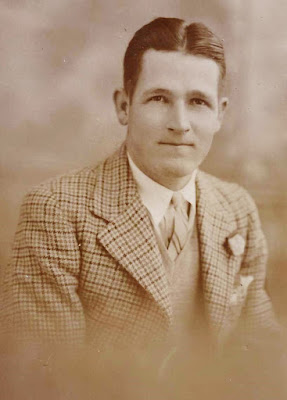 Lieutenant Donald Bell McKay served with the 270th Field Company, Royal Engineers, attached to the 46th Infantry Division.  He was fighting the Tunisian Campaign when he fell March 23, 1943, age 28.  He is buried at Tabarka Ras Rajel Cemetery.

At Left, a studio portrait of Donald Bell McKay, courtesy of the McKay/Alderding family. 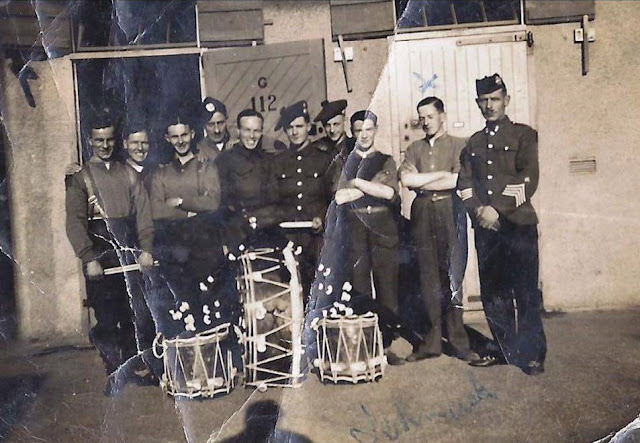 Above, Donald McKay (second from right) poses with his Army bandmates. 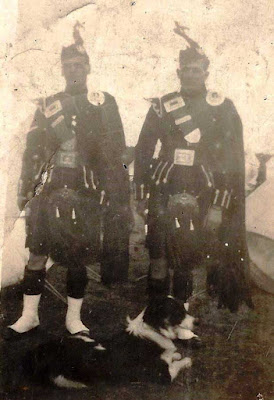 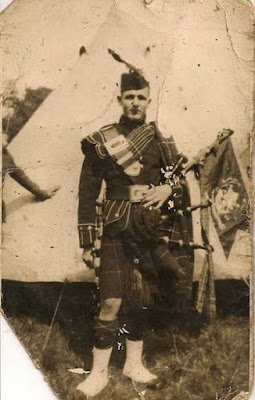 Donald's younger brother, John, was born in 1917.  We do not know when he learned of his brother's death (that occurred 21 months before his own). He fought with 4/5th Battalion, Royal Scots Fusiliers.  September/October 1944 the 4/5th Battalion was attached to the 52nd Lowland Infantry Division.  They took part in the daunting, vital, and complicated 5-week Battle of Scheldt.  The 52nd (Lowland) Infantry Division earned high praise in it's part of the success with opening the port of Antwerp enabling Allied use for supply lines through NW Europe.  After 5 weeks of battle, the 52nd stayed at Walcheren Island through November 1944.  On December 5, the 52nd was was transferred to the British XXX Corps.  By the time of John McKay's death, the 4/5th Battalion of the Royal Scots Fusiliers was around the River Meuse.  Securing bridges over the River Meuse was what his unit was tasked with during the Battle of the Bulge; with John McKay and buddy, Jack Blackburn, both in the 4/5th Royal Scots Fusiliers, falling in battle December 16, 1944.  He is buried not far from where he fell near the Meuse, at Brunssum Cemetery in the Netherlands.

When brothers fall in War, our minds undoubtedly turn to the grief of their dear fathers and mothers.  However, on April 29, 1935 (her 22nd wedding anniversary), Mary Flora McKay, age 49, died of a stroke.  Her husband Neil, age 55, died 4 years later on September 12, 1939.  The parents of Don and John were spared the grief of their son's deaths, but not so the 5 surviving siblings of the McKay family, having lost so many family members in a short period of time.

Today is the 72nd Anniversary of John McKay's death.  We remember him, his older brother Donald, and their families they left behind.  This humble family from Glasglow sacrified much and we remember and honor your loved ones. 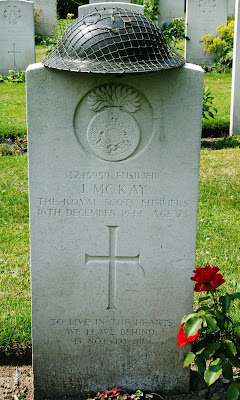 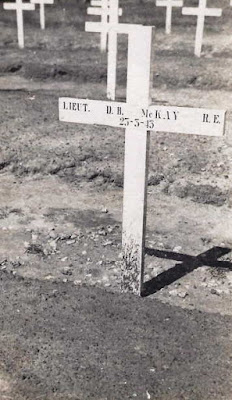 My heartfelt gratitude is extended to Lily Alderding of AU for her generous assistance in memorializing her cousins, and to Ruud Scholten of the War Cemetery in Brunssum for his quick assistance and for his diligence and deep dedication to honoring the young men resting in Brunssum.