PCF Yandell Guinn Cambron was born in Meadow, Terry, Texas on 25 June, 1925.  He was just 4 years old when his mother, Edna Cambron passed away on 13 October, 1929 from an acute obstruction due to a femoral hernia.  He was then raised with his father and 7 older siblings (4 sisters and 3 brothers).  By 1940 he and his family were living in Sulphur Springs, Texas where he attended Sulphur Springs High School.  He is pictured at age 16 in 1941 from the Sulphur Springs High School Yearbook. 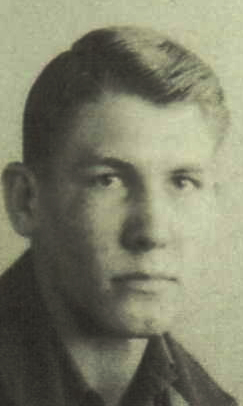 Yandell was working in for a U.S. government post in an engineers majors field in Greenville, Texas when he registered for the draft on his 18th birthday, 25 June, 1943.  A little over a year later he enlisted into the US Army; September 5, 1944.  He was sent as a replacement to the 20th Infantry Regiment, 6th Infantry Division in the Pacific.  He fought with the 20thIR, 6thID on the Luzon Campaign in the Philippines.  It was hot season when he arrived; the heat was stifling; the bugs relentless, the sun scorching his light-skinned face.  Drinking water was always warm, marches through the mountains and trails they fought were enough to make a pack mule lay down and refuse to budge.  The roads were little more than widened trails, winding through valleys and hills.  The rains were torrential and they slogged through rivers and sucking mud.  But above all the Japanese were dug in at every twist or turn in the trails, jungles and mountains; fighting to the death; taking as many American boys and Filipino fighters with them.
According to the 6th Infantry Division history "Luzon Final Phase"  PFC Cambron's death occurred during the assaults of Mt. Puloy in Ifugao territory.  I've combed through the maps and files of this assault, and have noticed a mistake.  The reports reference locations in vicinity of Antipolo, but Antipolo was several hours away.  It is my opinion that the location of Mt. Puloy (not noted on current maps) near "Antipolo"  is actually the ridgeline and mountain directly Northeast of ASIPULO.  While the 6th Infantry did indeed fight in and around Antipolo February-April 1945 to work to break the Shimbu Line, they were no where near Antipolo in July/August 1945.  However, the mountain and ridge described in the reports and on 6thID maps would be the unmarked mountain and ridge northeast of Asipulo, and directly northwest of Kaigan, southwest of Lagawe; with the Hungduan valley to it's west.  You can see the bowl-shaped valley on the east side of the Mt. Puloy ridgeline that is still today the ancient and beautiful rice terraces of Ifugao territory.

LUZON FINAL PHASE STATES:
From 7-10 August, Company "B", 20th Infantry, tried to find a way to knock out the resistance atop MT. PULOY without success.  The enemy covered the trail from commanding positions which could not be outflanked.  It was now apparent that a frontal assault to take the crest would be extremely costly.
During the same period, Company "C" probed along the trail leading southwest from PACDAN, encountering slight resistance, until relieved by elements of the 2nd Battalion, 20th Infantry, on 9 August.
In the meantime, Company "A", 20th Infantry, attacking north from PACDAN on 7 August, finally gained the top of a narrow, knife-edge ridge to the southwest of Mt. Puloy on 9 August.  Attempts to attack to the NW from this position were stopped by heavy fire and adverse terrain precluded any maneuver by friendly troops.
The enemy, during the period, was aggressive and made several small night counterattacks.
At this time, Ifugao scouts reported the existence of a new trail, leading over the southwestern part of Mt Puloy, which had been developed by natives in the area to avoid Jap units disposed along the main trail.
The 20th Infantry, therefore, ordered the 2nd Battalion to reconnoiter this route with the view of attacking in this direction and by-passing the main Jap positions, while the 1st Battalion contained the enemy to their front.
On 10 August, Companies "E" and "F", 20th Infantry, consolidated positions gained about 1,200 yards west of PACDAN against scattered opposition."

It was here that PCF Yandell Cambron was killed while "leading the way up a steep hill, killing four snipers before losing his life at near the crest."  He posthumously earned a silver star for his actions of valor. He was barely 20 years old.
The fighting continued for another 5 days on and around the extensive 2 mile ridgeline of Mt. Puloy before the War was declared over on 15 August, 1945. 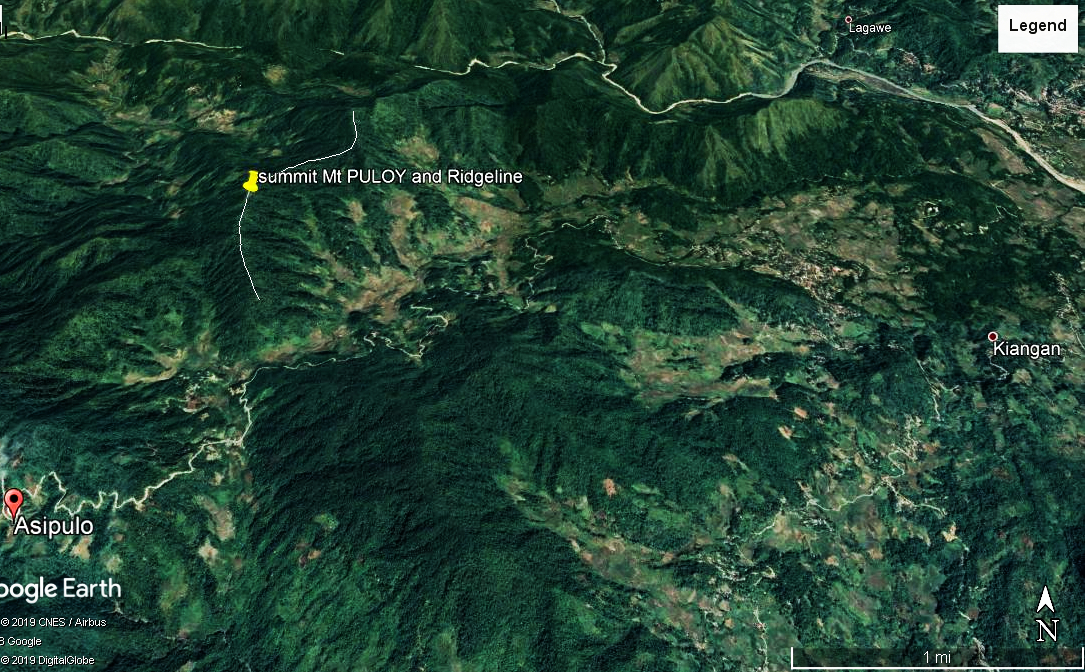 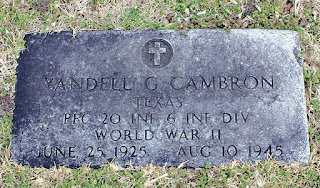